WHAT DOES A FULL TECHNICIAN DE-INSTALL INCLUDE?

- Check copier to determine that it is functioning properly.

- Inspect for mechanical or cosmetic damage.

- Assemble all cables, manuals, and maintenance records for shipping.

- Complete a full inspection report with copy for client.

Digital copiers are a data security risk. Your digital copier may contain an image of EVERY copy or print ever made--on its hard drive. For example, if your manager copied his or her tax return on the copier two years ago, an image of that tax return may still reside on the hard drive. This data can be mined by criminal technicians. Like computers, deleting or erasing files on your copier does not necessarily make the copier data secure. A trained technician can often recover "deleted" files. Finally, please keep in mind that the vast majority of used copiers are shipped overseas to developing nations where there is little oversight or regulation of data security. If your company or organization handles sensitive documents, we suggest replacement of your hard drive as the single best step you can take in securing your data. Our technician will remove the existing hard drive and give it to you for safekeeping or destruction. We then install a new, properly-formatted, factory-licensed hard drive prior to shipment.

Insurance helps to cover the cost of any damage that may be incurred during the transit of your equipment.

Schock Logistics has partnered with Renewable Choice Energy. Together we have calculated the carbon footprint of our business. Our typical shipment (one 500 pound copier) produces a $4 carbon footprint during transportation. You may offset this footprint by purchasing carbon credits that are in turn transferred to Renewable Choice Energy and help fund development of wind turbine farms. Every credit goes towards slow-revolution turbines that do not harm birds. A copy of our carbon certification is available upon request. To learn more, click here: http://www.renewablechoice.com/ 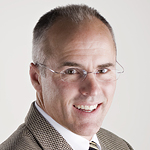 Spencer is the President of Schock Logistics, the company he founded in 1992. He enjoys work immensely and oversees all aspects of the company on a daily basis.

Spencer is a Silicon Valley expatriate. He is a graduate of Stanford University with a degree in Economics. After graduation, Spencer represented the Eastman Kodak Company Copy Products Division in Santa Clara, CA. There, he managed accounts throughout the Silicon Valley including one of Eastman Kodak’s single largest national accounts, the IBM General Products Division.

Spencer is committed to using the latest technology and innovative ideas in managing Schock Logistics. His favorite pastime is spending time with his wife and four children. 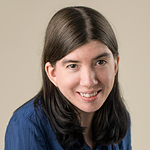 Erin was born and raised in Massachusetts and later lived in Vermont for a few years. She moved to Bend in August 2012. Erin has traveled a lot, to places like New Zealand, Alaska and Canada. Besides travelling, her two passions are writing and the Boston Red Sox. She has two brothers and a sister (all younger) and two baby nephews whom she adores. Erin has a bachelor’s degree in English and loves to read. Her favorite book: A Widow for One Year by John Irving. 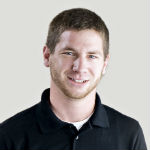 Kevin is a recent addition to Schock Logistics, joining the Freight Team in Sept. 2012

Kevin was born and raised in Michigan. He is a graduate of the University of Michigan with a degree in Economics. After graduating in 2009, he moved to Portland, OR where he lived for 3 years. He relocated to Bend, OR in Sept. 2012.

Kevin loves to travel, camp, and hike (which is what brought him to Bend), and he also enjoys playing soccer, tennis, and golf. 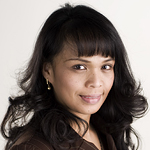 Maria has worked for Schock Logistics since 2009 and is a member of the Freight Team.  She enjoys working with people and providing them with great customer service.

Maria was born and raised in the Philippines, moving to the Los Angeles area in 1996 where her daughter Amelia was born.  They moved to Central Oregon later that same year and love the trails, beautiful mountains and pristine lakes and rivers.

Maria is fluent in her native language, Tagalog, and also in English and Japanese.  She also enjoys spending time with her family, gardening and singing. 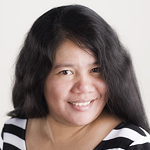 Amable has worked for Schock Logistics since 2009 and is a member of the Freight Team.

Amable earned her Bachelor of Science in Commerce with a major in Banking and Finance at the Liceo de Cagayan University in the Phillipines.  She moved to the United States in 1999 and has been working in customer service since.  She prides herself in providing excellent customer service!

Amable enjoys her family here and abroad, loves to travel with her husband and enjoys sharing her pictures with friends and family on Facebook.